Walking along the east shore of Alka Khota for the first hour of the day, we would then head in a more southeasterly direction to the day’s high point, Paso Sistaña at 5096 meters.  After an easy bit on a path on the slopes which led to the top of Lago Sistaña, we curled south and then east to the day’s campsite at Juri Khota. 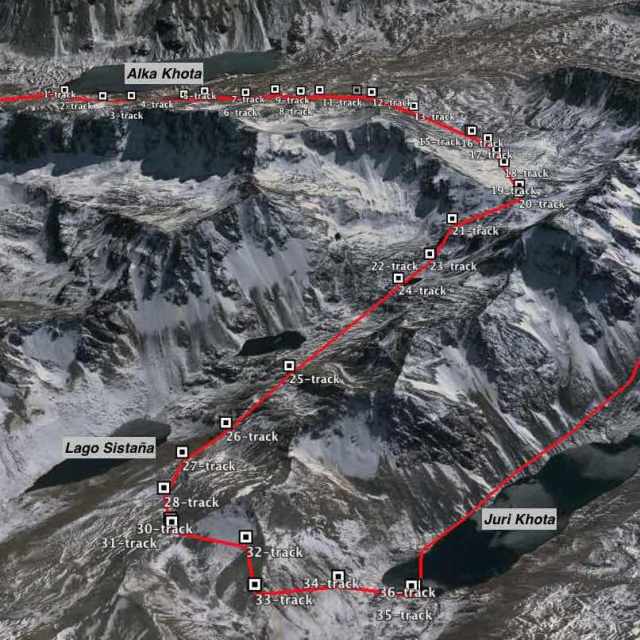 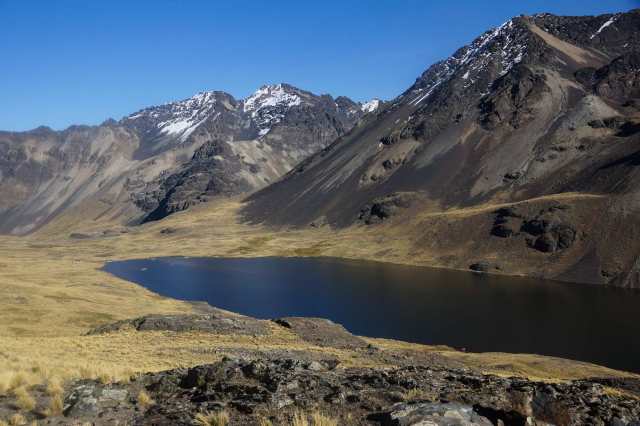 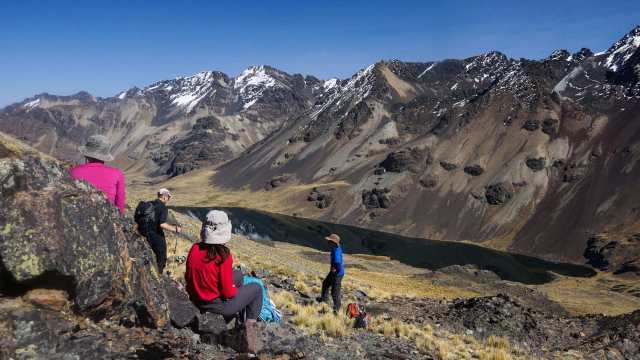 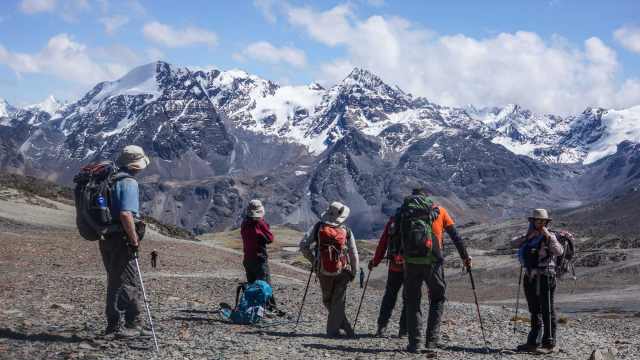 looking back at the Cordillera Real above Laguna Alka Khota 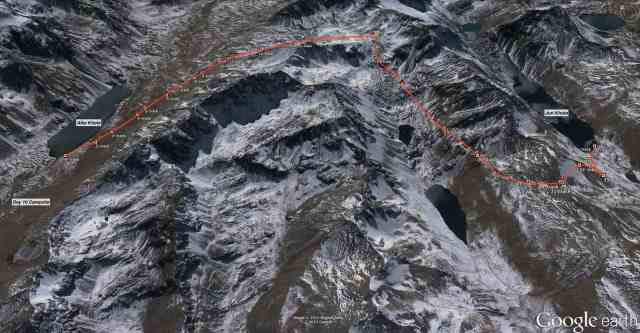 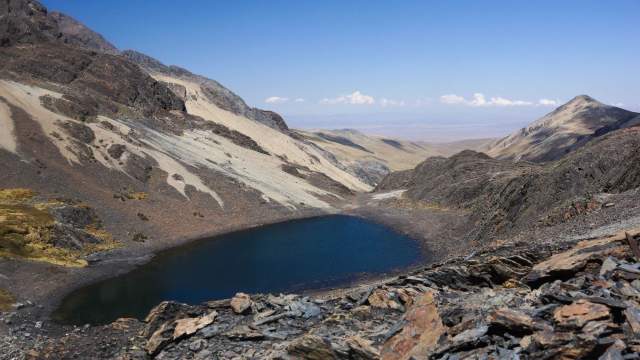 looking Southwest to the small laguna above Lago Sistaña 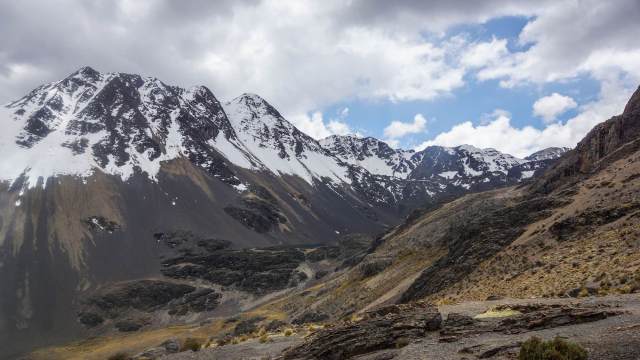 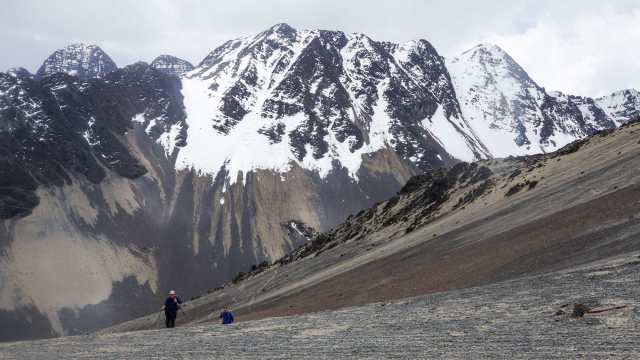 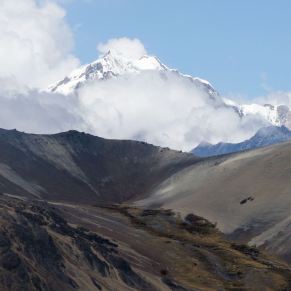 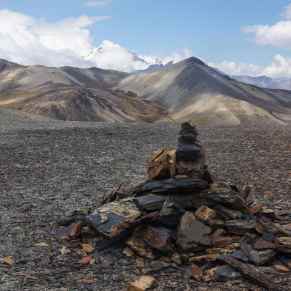 the cairn at Paso Juri Khota

Straight behind the cairn was Cerro Kuntur Phusthana (4816 m), partially hidden by the day’s clouds. However, the real “Wow”  view of the day was to the north –  Juri Khota and Cerros Janchallani and Ventariani above it. At the bottom of the Khota, we could see a structure. Our campsite would be right next to it and we would make use of one of the rooms instead of putting up our dining tent that night. 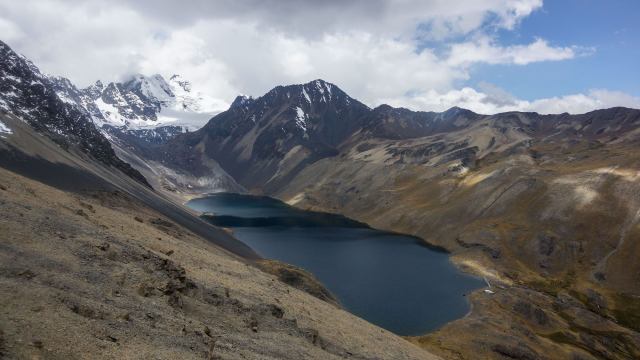 looking down on Juri Khota and our campsite 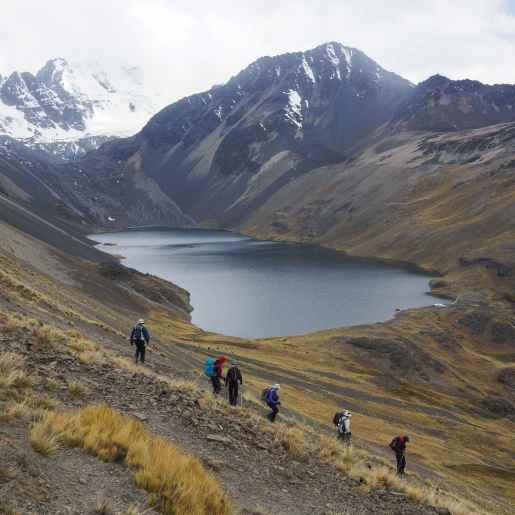 heading down to our Juri Khota campsite 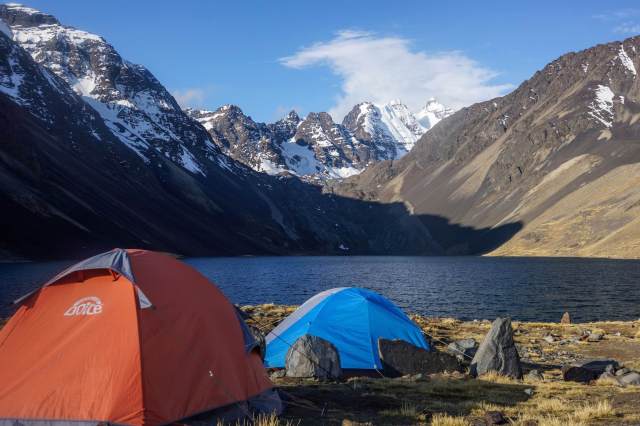 tents on the shore of Juri Khota 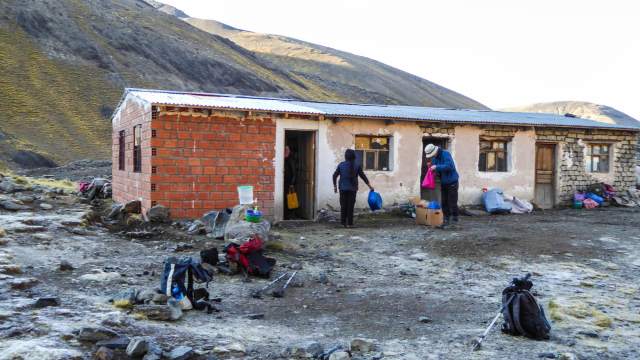 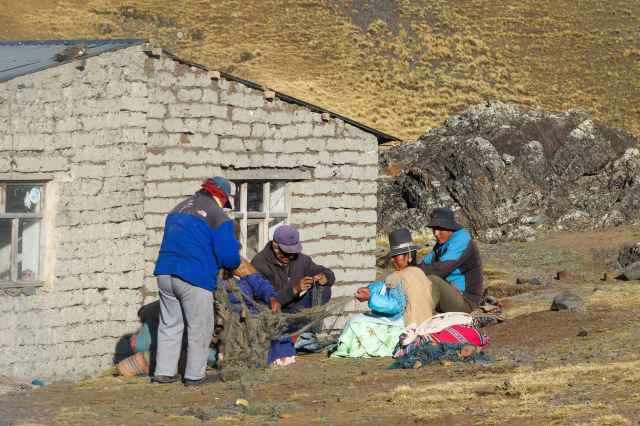 The non-vegetarians on the trip – all except me and one other who did, however, eat fish – were to be treated the next day with some freshly-caught trout from Juri Khota.  The locals – they were from the communidad down the valley – had undoubtedly been told of our arrival and were there not only to catch the trout but also to collect the camping fee and sell the cans of beer and other beverages they had brought along. 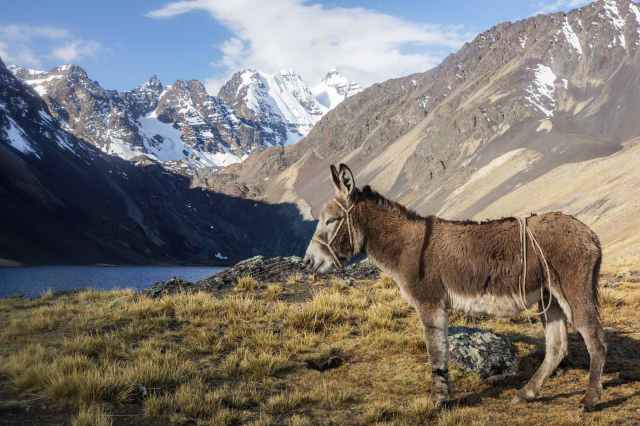 his workday is done – grazing at Juri Khota

This entry was posted in hiking/trekking. Bookmark the permalink.