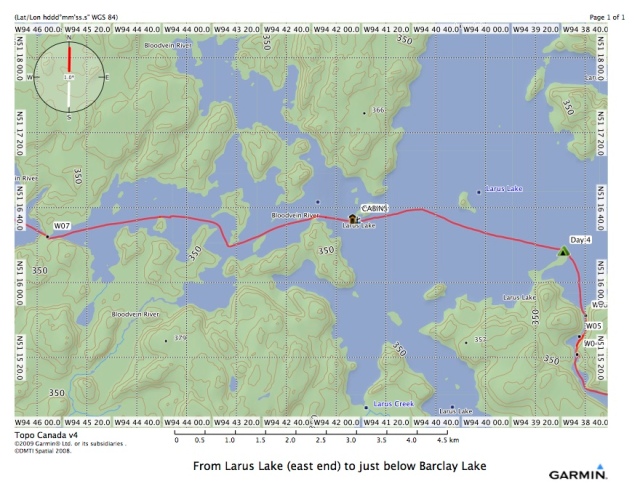 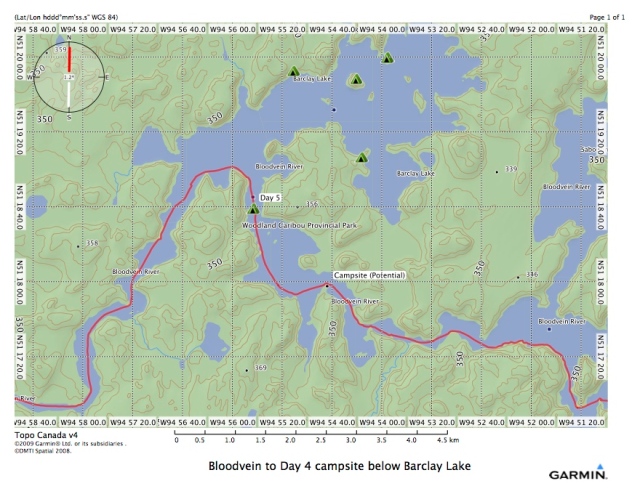 rapids/portages: 1 set of rapids -W07- which we portaged 135 meters

campsites: a nicely sheltered one on a point just below the entrance to Barclay Lake

We got up at 4:45 this day.  While we had both gotten some sleep, the bear was still on our minds. So too was the wind; we did not want to be windbound for a second day.  We were off by 5:30 with plans on having breakfast after dealing with the 3.5-km. open stretch of Larus.  The water was still very calm and the paddling went easy.  We agreed we should be doing this more often!

cabin collection on point at west end of Larus 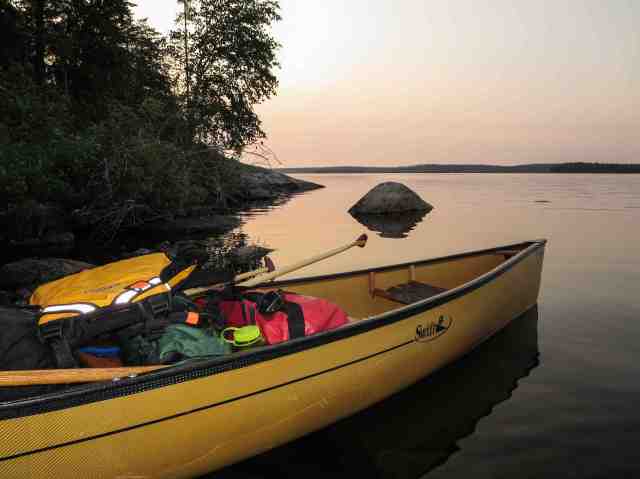 There are many great things about paddling in the early morning – that coolness, the stillness and tranquility, and that chance to catch a view of some of the locals getting a bite to eat. This moose just stood there and watched as we paddled by shortly after sunrise. 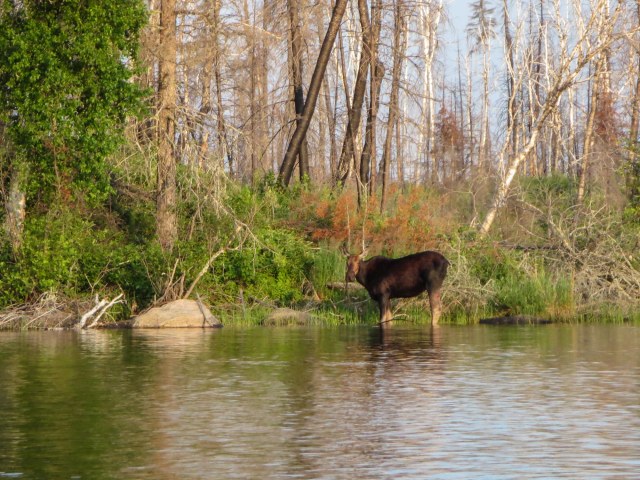 moose sighting on the way to Barclay Lake 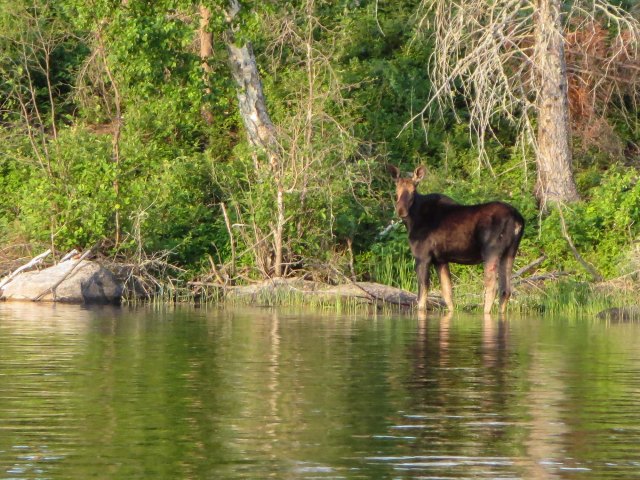 post-burn birches along the Bloodvein

We stopped for breakfast a bit after seven at the top of W07, our only portage of the day.  By now the sun was more than up –  as the following pic shows –

sun up on the Bloodvein from top of W07 Rapids 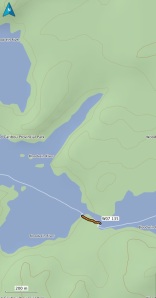 Later in the morning as we neared the channel going up to Sabourin Lake we met our first fishermen of the trip – a couple of boats which had come down to the Bloodvein from the lodge on the lake.  We left them behind and headed for the next target – Barclay Lake. The plan was to find a

campsite on Barclay – the map above has a number indicated – and then head up to Musclow Lake the next morning to see the pictograph site.  We never did get that far.  We could definitely feel something coming in so at about two when we passed the spit shown on the map to the left we decided to stop paddling and start putting up the tent and tarp right away.  We passed up on some beautiful fair-weather tent spots on top of the hill, instead taking advantage of the shelter that some trees and the hill itself provided down in the suburbs! The tent was barely up when it it started pouring. We watched as a couple of fishing boats raced by; we wondered how long it would take them to get to the lodge on Sabourin Lake – if that is where they were indeed going. In any case, there is no way they ended up being anything other than totally soaked. 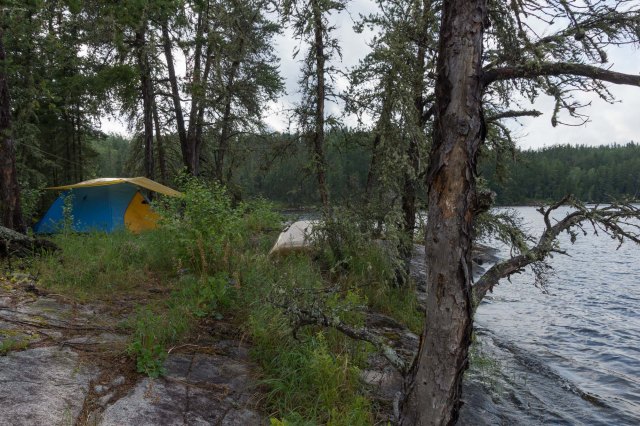 This had been our easiest day of the trip so far with one easy and short portage and some nice paddling.  We’d also been lucky to get off the river when we did; Barclay Lake could always wait until tomorrow.