The weather forecast for the next three days is not good. Rain, rain, and more rain – and maybe a bit of snow too! On the map, it looks like we are being side-swiped by a weather system coming up from the U.S. mid-west.

Viggo was not too keen on stepping out this morning! I had to grab the big umbrella and go out with him so that he could get his business done!

Then it was right back inside. No five-kilometer walk this morning! Instead of a walk in the rain,  we played our first game of fetch much earlier than usual.  We may be doing this more often over the next few days. 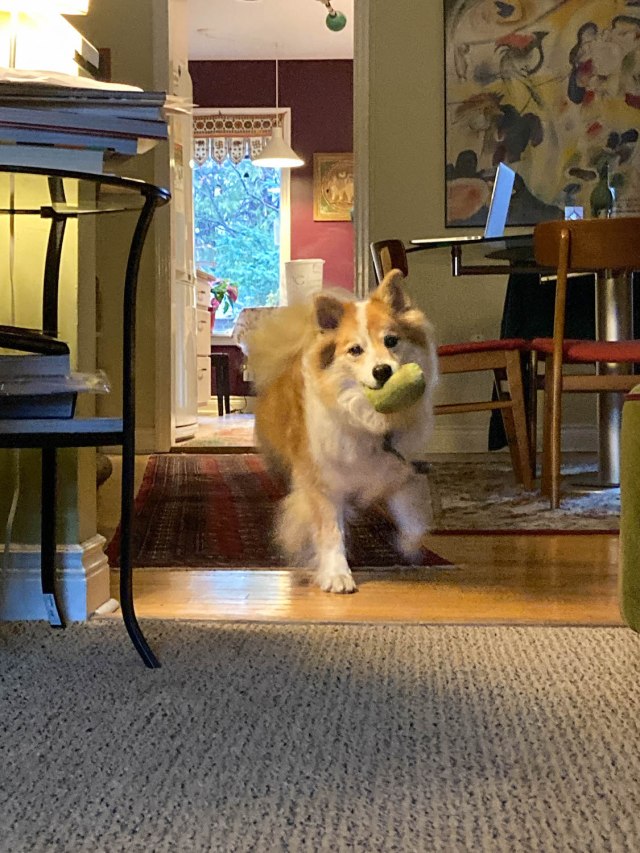 I sit on the floor by the couch in the living room and toss the stuffed jelly bean to the far end of the kitchen at the other end of the house. It used to be a rubber ball but after he had 14 teeth taken out six weeks ago we changed to something softer on his mouth! He gets a treat each and every time he delivers the bean. [He has trained me well!]

Here he is waiting for the toss –

And here he is bringing it back for that treat!

The 15-to-20 toss game over, Viggo hopped up on the bolster pillow stuffed between the back of the couch and the front window and looked outside.  I surf into another weather app to see when I can go for a bike ride next. 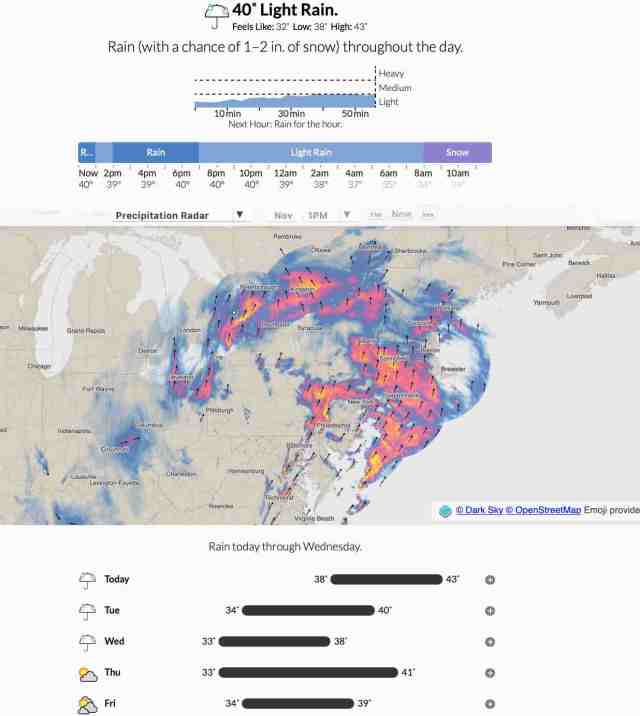 Meanwhile, my thoughts returned to the opinion piece I had read a few minutes earlier in today’s NY Times – Jochen Bittner’s 1918 Germany Has a Warning for America.

It draws alarming parallels between the

The extent to which the ongoing political/social/cultural/economic disaster to the south of us has taken over my consciousness day after day is depressing. It may turn out that in this year of the double virus, the Trump Virus will have a more devastating long-term effect on the USA than Covid-19.

“Just focus on something else,” my mind tells me. “Maybe try focusing on Canada’s problems instead!”.  And on top of everything, we then throw covid-19 into the mix!   Viggo provides brief Zen moments of relief.  A lifelong history, news, and politics junkie, I really need to go on a complete news detox for a while – and walk Viggo more! 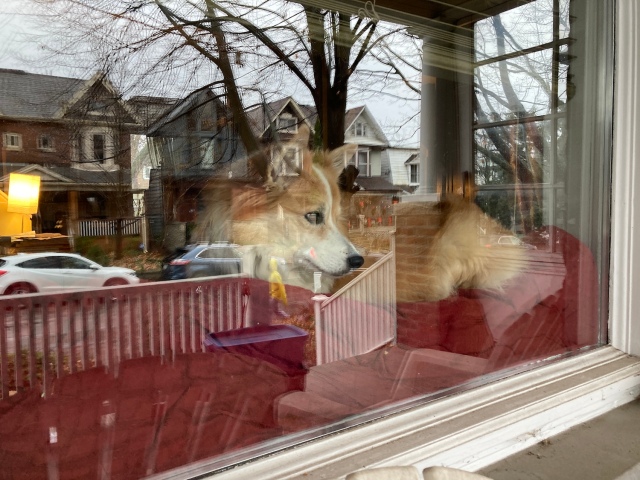 Viggo keeps guard at the front window and lets us know if anyone dares to step onto our front porch. Advert flyers, Amazon boxes, FedEx deliveries, Canada Post mail are all announced with a series of sharp barks. How can this little guy make such noise?

Later on this afternoon – rain or not- we will step out for a short walk.  I’ll slip on his rain jacket;  that should keep at least 50% of him dry as he sniffs his way down the street and around the neighbourhood.

Right now though – it is time for another round of Fetch!

The Adventures of Viggo In “Roverdale” has more of our little hooligan!

Viggo stirring up the snow

This entry was posted in Ramblin' With Viggo. Bookmark the permalink.