Leaving the campsite at 7:45 after our breakfast of fruit, cereal, and most importantly, coffee, we set off.  As the elevation chart below illustrates, we began with a bit of a descent to the river. We crossed it and walked on a llama track on the slopes above Lago San Francisco for a while before heading towards our high point for the day. 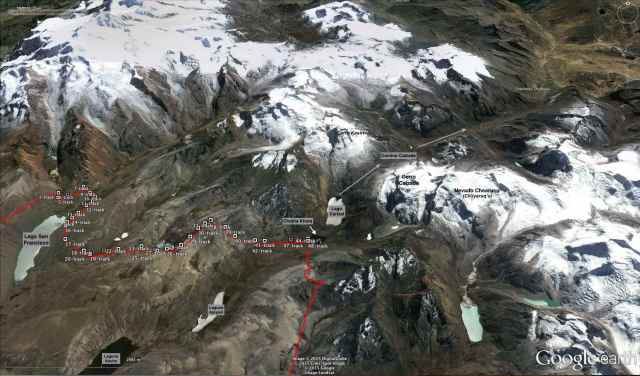 looking back at our Day Two campsite 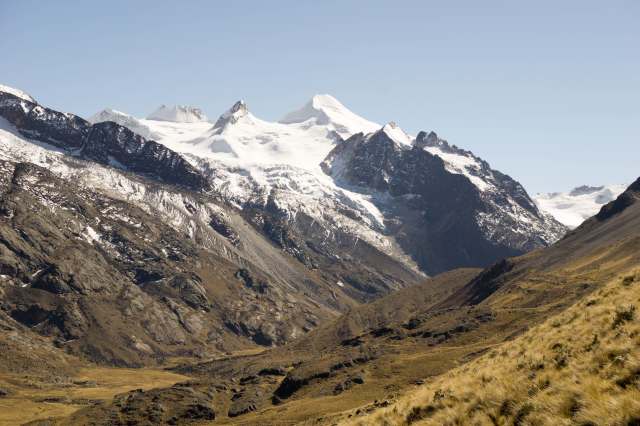 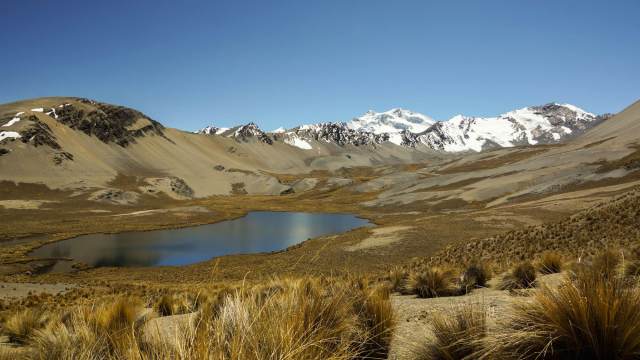 glacial lake on south side of Cerro Kasiri

We also saw the French trekking group – two couples – again. Actually we saw their donkey train moving the gear to the next campsite, the very same one that we were headed for at Chojña Khota.  (The term khota is the Aymara equivalent of the English  “lake” or the Spanish  laguna.)  They were moving up a sandy slope that had me thinking we were in the Morocco desert!  I would later find out that they had started from Sorata the day before us and were headed as far as Condoriri.  I got the impression that their route was dictated more by where the donkeys could go and not by how up close to the mountains they wanted to go. All trekking routes are not equal!

break time while the donkeys push on

When we got to the day’s high point around 12:30 we stopped for lunch.  From a couple of the pix below you’ll notice that we also had some great views of the Cordillera from our 5129 meter vantage point to enjoy and frame in our viewfinders.

taking in the mountain view

break time at the high point of the day 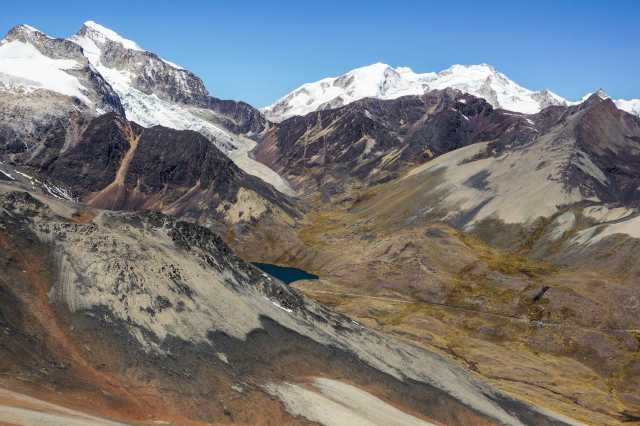 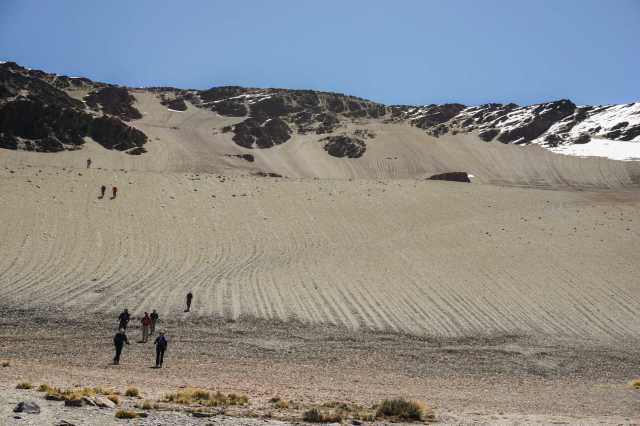 coming down the scree slopes to Day 3 Campsite

Our campsite sat on a plateau perhaps thirty meters above the bottom end of the lake; the French party had set up camp some distance further down on the banks of the river flowing from the khota. Down on the side of the road that comes up to the lake the dining tent was set up. 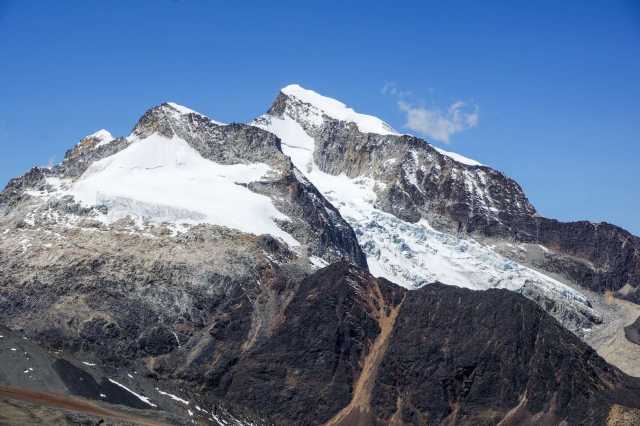 This trail – the Camino Calzada – is the one that trekkers who are doing the Illampu Circuit come down.  Having started their trek in Sorata, they head to the east side of the Massif before walking through Cocoyo and over the Paso Sarani to the Camino Calzada. 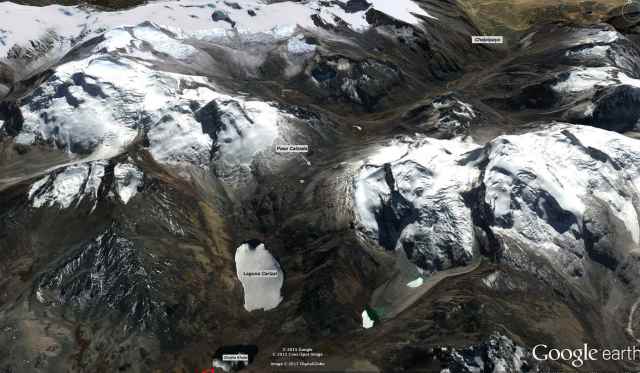 The last two or three days of the Illampu Circuit does in reverse the approximate  (it will depend on the guide and the donkeys!)  route we took to get to Chojña Khota from our starting point near Sorata.   The Yossi Brain Trekking In Bolivia guide-book has a 12-page section on this trek with all the maps and basic itinerary.  He suggests 5 to 7 days for the Illampu Circuit.

Brain’s guide book is accessible at Google Books.  You can read the section on the Illampu Circuit (pages 89-101) online here.  Do take into account that the guide book dates back to 1997!