This was one of those days when I wondered – “Am I getting too old for this stuff!” Four hundred meters of relentless “up” and I was feeling like I was running on empty.  I had the usual list of reasons for why this was. For one, I had been a bit too cavalier about this trip and had not really put in the time to improve my cardio level. Somehow walking my dog Viggo three times a day – with my heart reaching maybe a maximum of 110 beats a minute – does not meet the requirements.  I had also pulled a back muscle a month before the trip while overdoing it on the squat rack at the gym.  For a week after that I couldn’t even bend down to put on my socks!  I took the entire month off and let my back get back to normal – but at the cost of upping my fitness level.

I also found that the food I was eating on trek was not giving me the calories I needed. Given that I am a vegetarian who tries to keep it vegan, my plate would sometimes be a bit emptier than the others.  They would, for example, get freshly-caught trout and rice and veggies. I’d get the rice and veggies!  I guess my Peru experience with the Peruvian Andes Adventures agency had me spoiled and I assumed I’d be getting the same incredible fare on this trek that Cesar had prepared in the Cordillera Blanca.  The lesson here?  The next time I’ll bring that large container of Vega Sport Protein powder, as well as my favourite peanut butter, and other high calorie food items we usually take along on our canoe trips.  Maybe even a emergency bag or three of Backpacker’s Pantry!

the view of the glacial lakes from above our campsite area – my one “I was here”photo!

Our hike up to the day’s high point over at about 10:30 we stopped to enjoy the views – looking into the Cordillera as well as west out into the Altiplano.  Still visible was a sliver of Lago Titicaca.

the Trekking Team poses for a shot at Day 4’s high point – Javier’s camera at work! 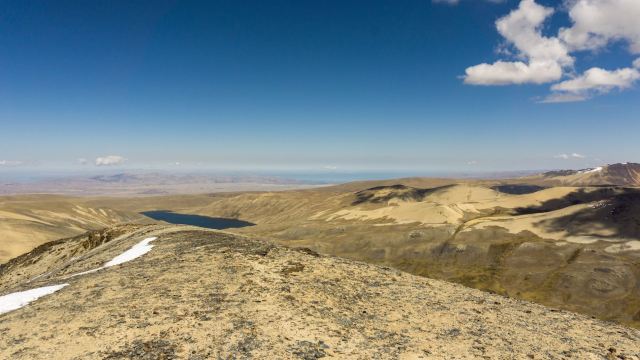 looking west to Laguna Kacha and the shores of Lago Titicaca

down to a plateau above our Day 4 campsite -a  Javier shot of his flock! 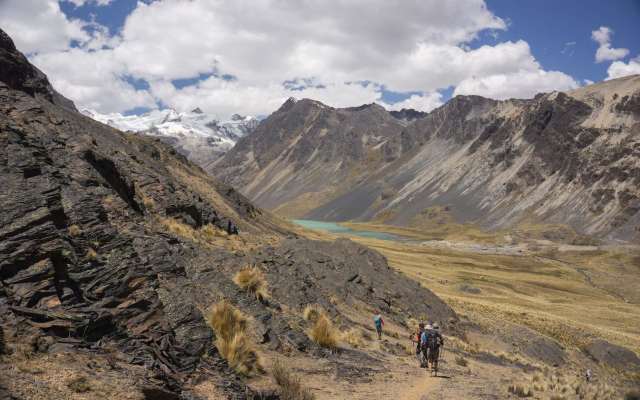 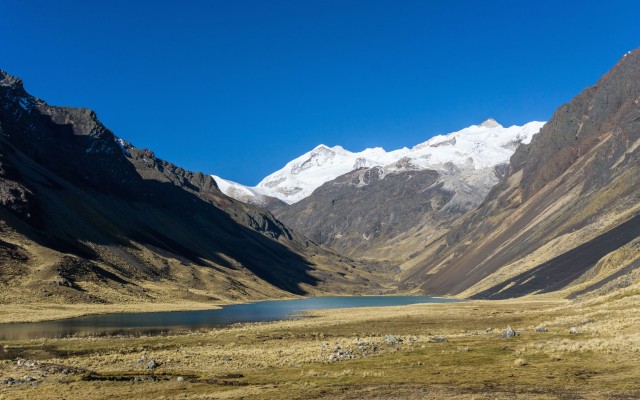 the top end of Jistaña Khota

And then it was down to Jistaña Khota and our camp for the day.  It would be the last day that the SUV’s did the hauling. That evening the donkey team would come into camp and they would ready the next morning to take over the task of moving what must have been 350 kilograms of stuff down the line.

Later that afternoon, after camp was set up, we took a walk up the valley to the lake. I would chat with one of the French trekkers since they had camped closer to the shores of the lake.  Also near their camp was an abandoned worksite. Local workers from the community down the valley have been working on a dam project and done some of the required work but when the government funds ran out the workers stopped coming.

On our first afternoon we had heard blasting on the slopes of Jankuma by miners; the dam, unfinished or not,  was another reminder that the Cordillera Real is not a national park.  The valleys serve as grazing lands for the llamas, alpacas, sheep, and occasional cattle that we encountered.  In this case it was a herd of perhaps fifty llamas who wandered through our camp on their way down the  valley. 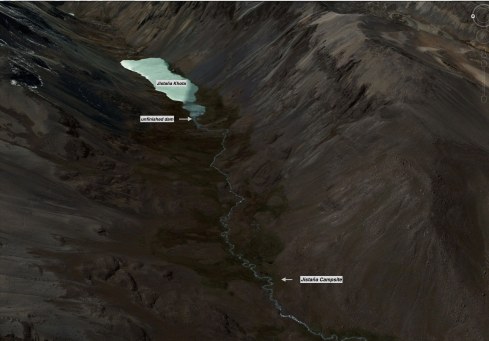 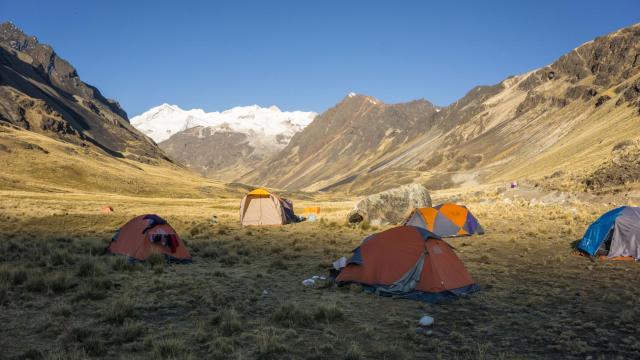