Canoeing The Algonquin Heartland (From The Coulonge Headwaters To Ottawa)

My brother Max and I grew up in the Abitibi region in northwestern Quebec and yet we hadn’t really paddled in Quebec since we left La Belle Province in our late teens for university.  We’re talking forty + years! This summer we thought we’d do something about that! A shuttle by our good friend Cyril from Stittsville near Ottawa to Lac Larouche in La Réserve Faunique La Vérendrye off Highway 117 (the Trans-Canada) got us started. 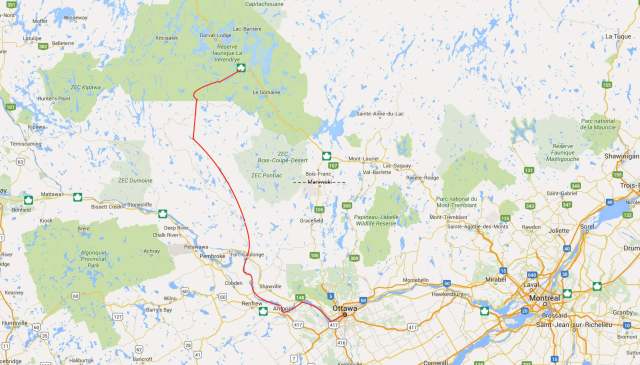 an overview of our route from Lac Larouche to Ottawa

We spent ten days paddling the Coulonge River system and once we hit the Ottawa River, we kept on going through the Rocher Fendu stretch – we did the Middle Channel –  past Portage du Fort and Arnprior right to the foot (or maybe that should read “rear end”) of the Parliament Buildings in Ottawa. Thanks to the P.M. sightings across the country that summer, the joke was “Where’s Trudeau?”

The pix – in chronological order – that follow are some of the many that we snapped along the way.  Along for the ride were a couple of point and shoots – Max’s Canon SX280 and my Canon Elph 330 – as well as a much more capable Sony A77 dslr with a variety of lenses from ultra wide to fairly long.  Occasionally we made use of a tripod to help justify bringing it along!

We only met one other party of canoes –  five canoes to be exact – during our fifteen days on the water.  The eight girls in their mid-teens belonged to a summer camp and were led by a female and a male in their late-teens. It is always good to see a new generation of paddlers on the water.  Other than this group we had the Coulonge – and the Ottawa –  to ourselves!  We had expected to see more paddlers on an easily accessible river.

We did get to experience that famous Ottawa Valley hospitality.  Jim Coffey and Dennis Blaedow of Esprit Rafting went out of their way and smoothed over a number of complications and filled us in on Ottawa River rapids; the manager of the Lakeside Hotel at Portage du  Fort insisted we camp for free on their riverside lawn;  Maureen Baskins refused any money to camp at her beach property some 35 km. from Ottawa. We’ve got some “paying forward” to do!

Later this month we’ll have a more detailed day-by-day report of our trip along with maps and portage and rapid info.  We’re glad to have made the journey. On the ride  home to our Toronto/London base camps talk  turned to finishing off the Ottawa by paddling from our home town of Noranda in the Abitibi down to Pembroke or Fort Coulonge.

So many rivers, but always one summer less!

moon over Lac Grand on Day 1

gravel bar on the upper Coulonge 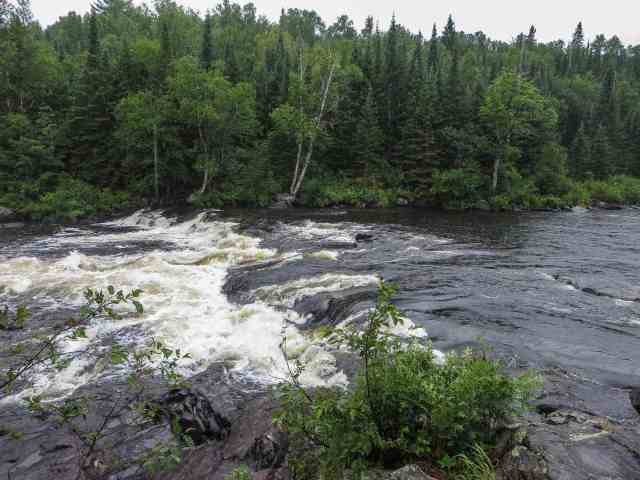 the start of “Tall Pine Rapids” 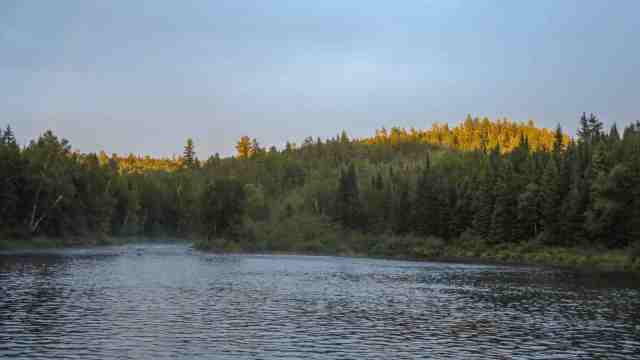 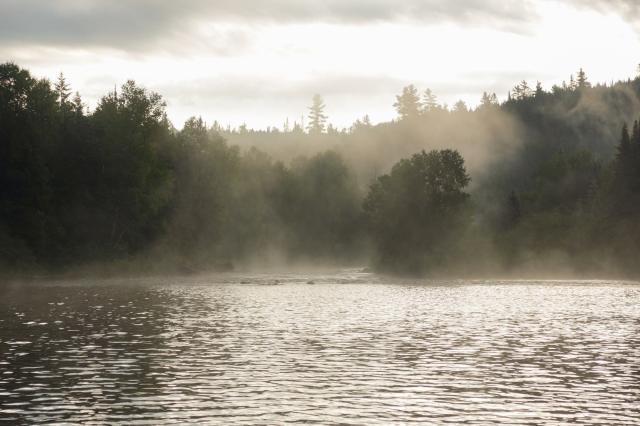 morning mist below Tall Pine Rapids on the Coulonge

getting close to the flora on the Coulonge

moon over the Coulonge – Day 4 camp 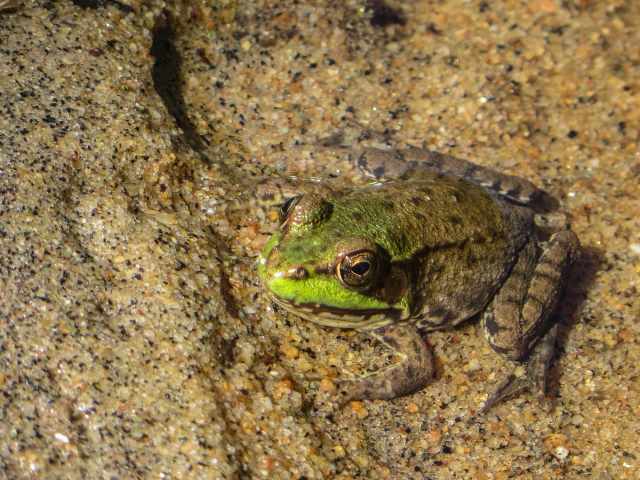 File under “Fauna”:  curious Coulonge local checks out the visitors! 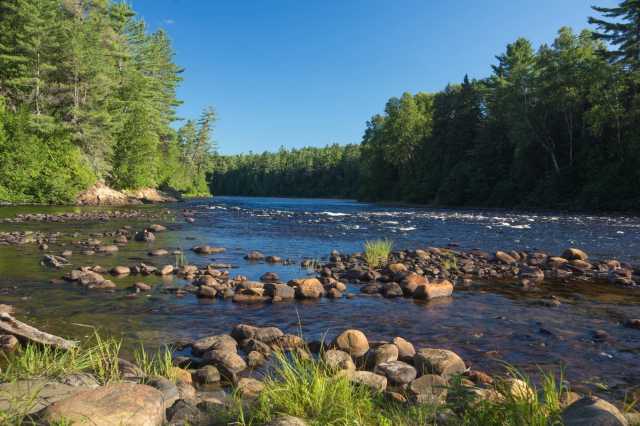 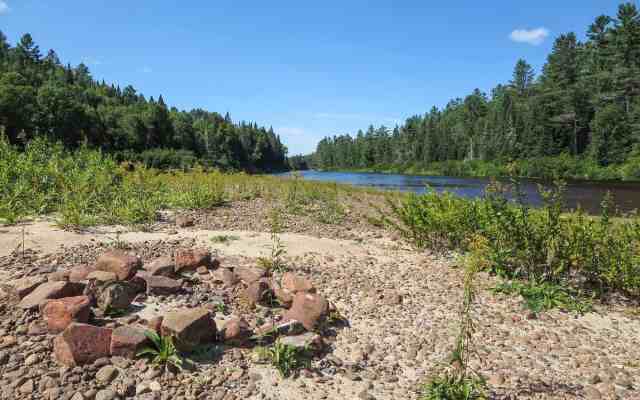 humble sandbar fire ring on the Coulonge below Chute Gauthier 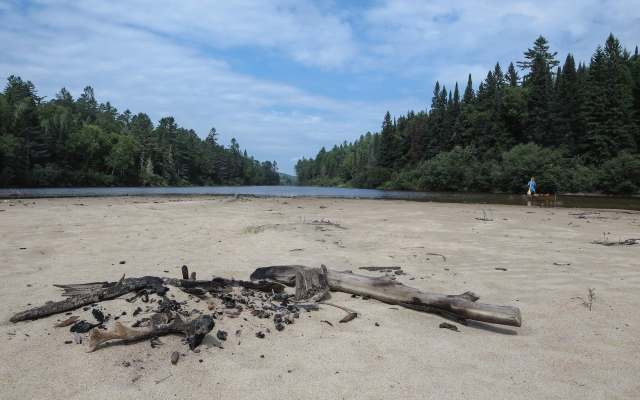 the view from the sandbar back up river

under the tarp in a torrential downpour that lasted 30 minutes

rocks and water in the rapids

the falls at the bottom of les Rapides Gallinotes

taking in the bottom of Chute a L’Ours 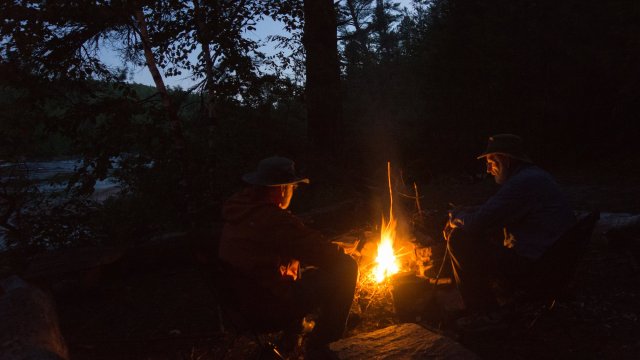 staring into the fire at Chute a L’Ours 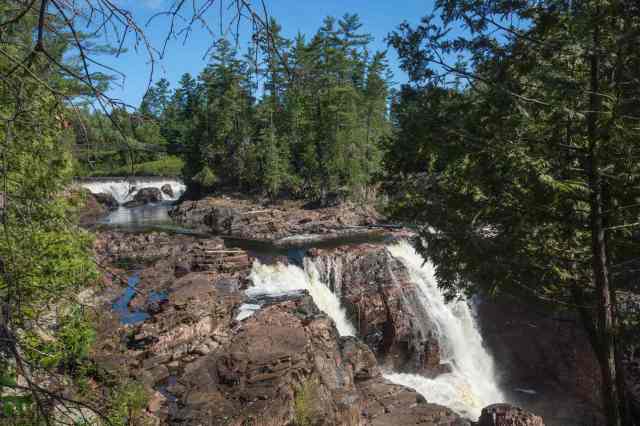 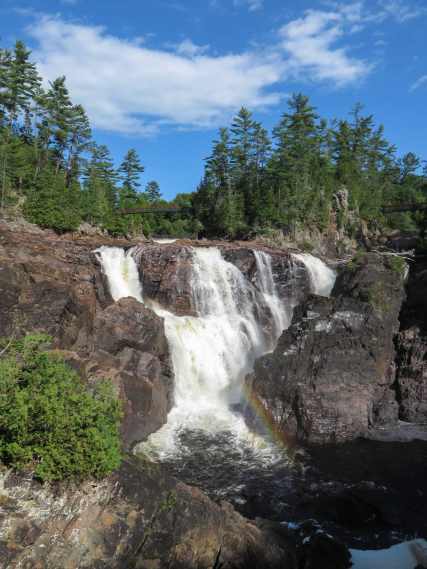 another view of the Coulonge Falls 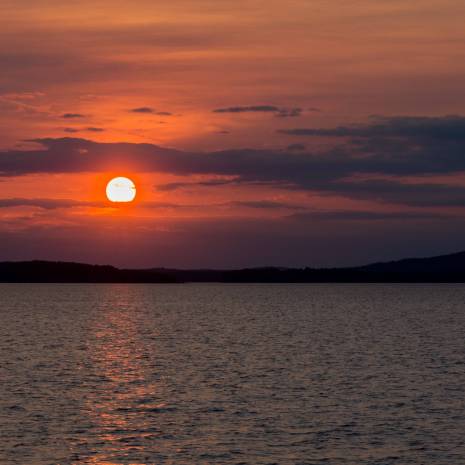 sunset on the Ottawa from Esprit Point

the bottom end of the gorge at les Chutes Coulonge – 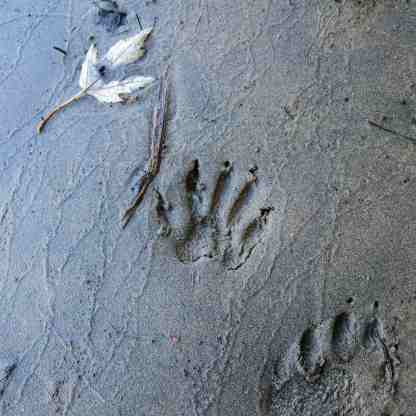 the top of Chutes a Desjardins (known locally as Butterfly Rapids) 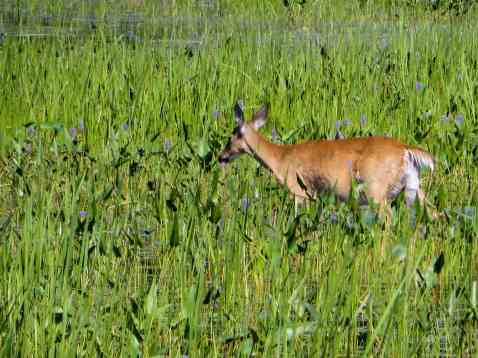 deer on the east side of the Ottawa River near Arnprior

a view from our island campsite near Arnprior 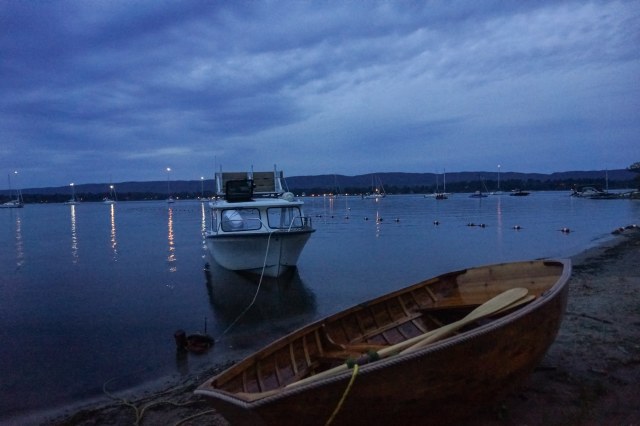 dusk view from our camp site on Baskins Beach – thank you, Maureen Baskins, for the incredible hospitality!

the Ottawa River Shoreline – a mix of camps, cottages, and mansions like this one 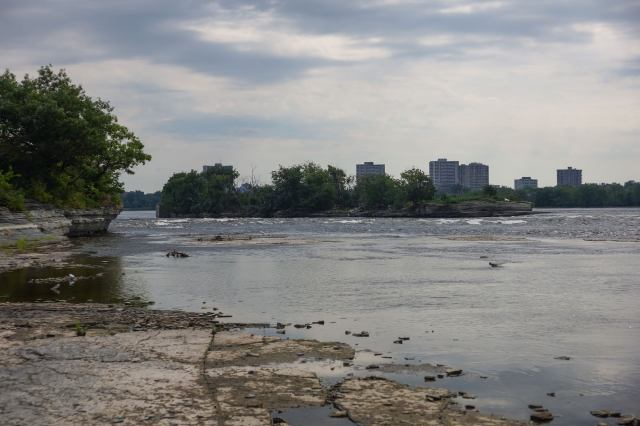 the Deschenes Rapids – and the suburbs of Ottawa! 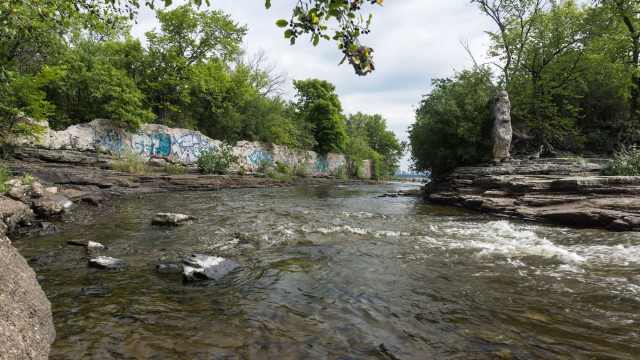 whimsical rock art catches our eye on the Ottawa -Ontario side

brief rain stoppage – getting ready to finish the trip

the view from the put-in below the Mill Street Eatery – a torrential storm moves in!

The great close up shots of Parliament we had been framing in our heads for the past two weeks? While you can see the dome of the Library and the Peace Tower  in middle of the above panorama, that was it for photo ops.  A few seconds later it started raining – a torrential downpour that soaked us to the bone and went on for about 45 minutes.  Cameras tucked away, we shifted into survival mode and paddled to the dock where the water taxi and the tour boat pick up passengers.  It was not the ending we had envisioned – but we certainly won’t forget it!

Here is a shot I found at the Wikipedia site which shows the Ottawa as shot from the Peace Tower. Our put-in at the end of the 1150 meter portage was approximately where the red arrow is.

The portage had us crossing Booth Street and – a first – had me standing at the crosswalk underneath the canoe waiting for the light to turn green!  We had to laugh when one of us vocalized the image of a couple of homeless bearded geezers with assorted bags and a canoe – instead of  the usual shopping cart –  making their way through Ottawa!

See here for the image source – shot by Andrijko Z.