Kayaking The Georgian Bay Coast: Days 7 And 8 – Garland I. To Franklin I. To Snug Harbour

When I crawled out of my tent into the awesome sunrise you see in the photo above, Rick was already up and standing at the spot where we had our butane cookstoves. He had moved them into a more sheltered nook thanks to the noticeable wind blowing from the south-east.  While we munched on our various oatmeal concoctions for breakfast, we turned our backs to the wind and to the most ruffled water we’d seen since Day 1. (Spoiler alert – it wasn’t really that bad!)

We considered the two following options –

As the map below makes clear, we went with #2. 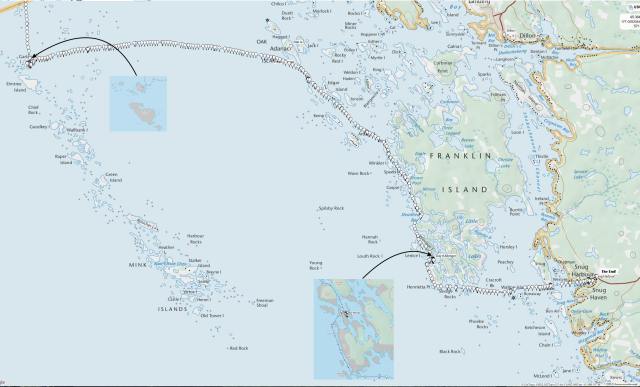 Days 7 and 8 – from Garland I. To Franklin I. To Snug Harbour

We left Garland Island before 9 and by 11:30 we were coasting into the sand beach you see in the photo below – the site of our campsite.  Two things to note –

In any case, it was nice to crawl out of the kayak and check out the campsite.  For a moment we considered just finishing off the trip that very afternoon.  After all, we were a one-hour paddle from our vehicles around the corner at Snug Harbour.  It is something that my brother and I have done on some of our trips – only to ask the next morning – “Why were we in such a hurry?” 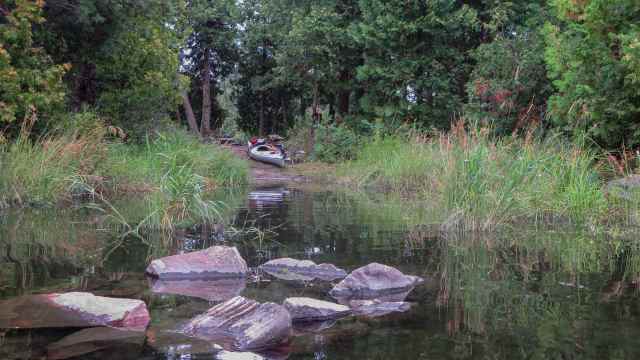 In the photo below it is just a bit past noon and the tents were up; we had resisted the siren call of Snug Harbour!

As for the site, it was amazing.  It had all the features of an interior woodlands campsite that I like – the shelter of trees and higher ground on the wind side of the site, at least six inches of earth for the tent pegs to sink into, and – though not immediately evident – excellent G’Bay views to the west.  It even had a thunderbox (i.e. toilet box).. 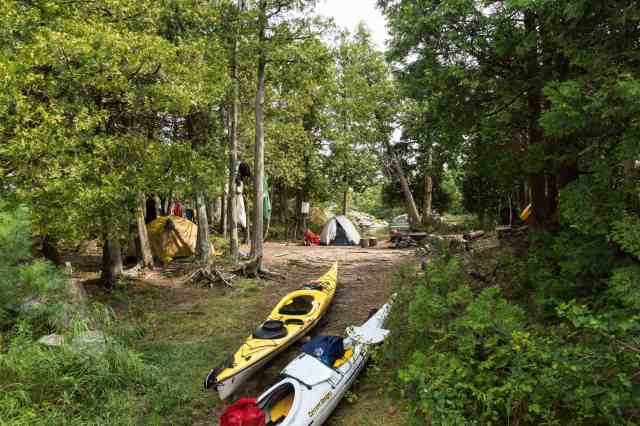 Actually, it had four different toilet boxes if you count the demolished one that I found within 30 meters of the tenting area.  The best one was located off the side of the trail going up to the Bay viewpoint rock.  It was far enough away from where people put up their tents.

On the other hand, there was the monstrosity you see in the two images below. It sat there,  tilted and big enough to have a second toilet seat.  It was maybe ten meters and in plain view from the tenting area.  You have to wonder who decided that this would be a great spot to put a third toilet box on the site!

The people whose boat was anchored off the island just to the north of us would also be spending the night in the neighbourhood. 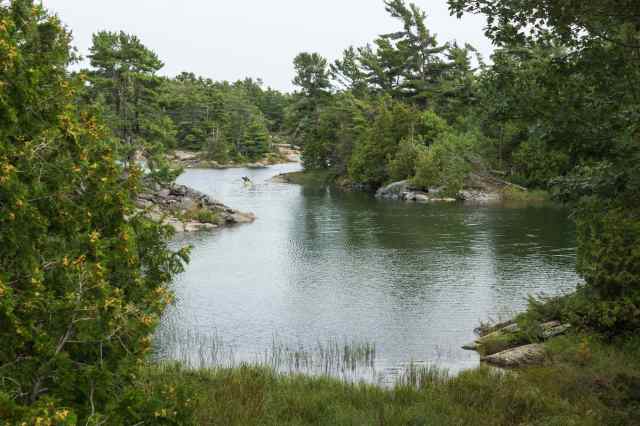 Rick returning from his leisure paddle around the neighbourhood 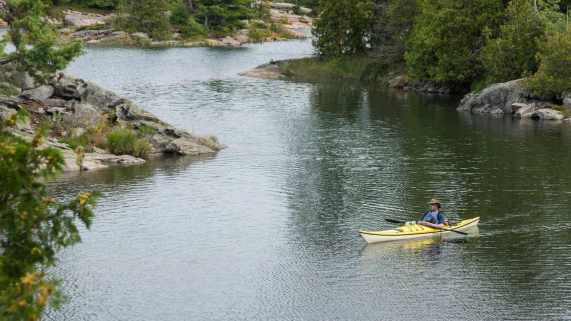 I grabbed my camera kit and my Helinox chair and headed for the scenic Bay-side lookout. On the horizon was the Mink archipelago and to the south of that the Red Rock Lighthouse, its presence a mere dot.  While it would have been nice to have added the Minks to our route, they would have to wait for another trip. 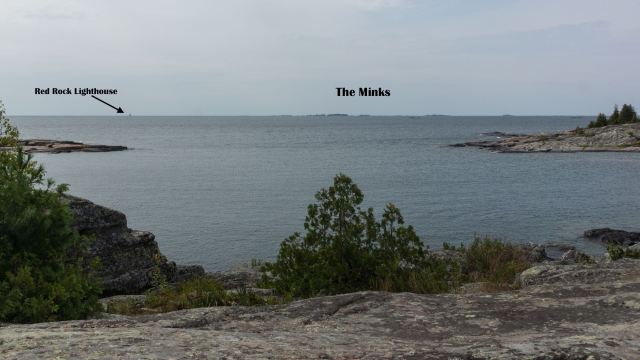 a view of Red Rock Lighthouse and the Mink Islands from our Franklin I. camp site

See here for a very readable summary of the history of the Red Rock Lighthouse and its predecessor on what is now Old Tower Island.

I left my comfy chair and scrambled around the edge of the island looking for striking vantage points. I was looking for the Zen of that “Group of Seven” moment!  It is easy to see what those painters found so beguiling in the Georgian Bay landscape although their inspiration may have come further down the coast to the south of Parry Sound.

We finished Day 7 with a meditation on the setting sun and an expression of gratitude for the way the day – and the entire trip! – had unfolded.

savouring the end of another glorious day on Georgian Bay

It is about 4 kilometers from the west side of Franklin Island to Snug Harbour.  We were emptying our kayaks of bags by 10:00 a.m., having paddled the route shown on the map below. One more lighthouse to greet us at the entrance to the inner harbour and then it was on to the public dock where we beached the kayaks.

Day 8 – Franklin I to Snug Harbour 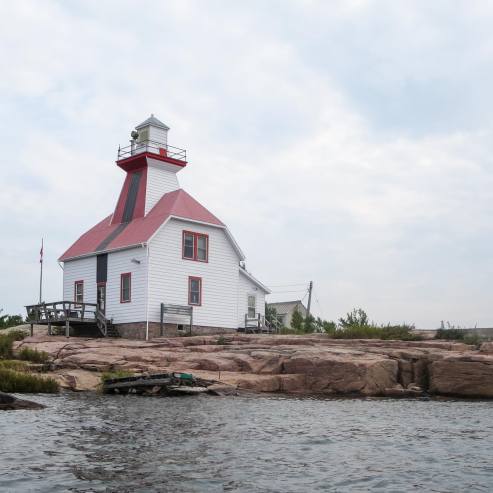 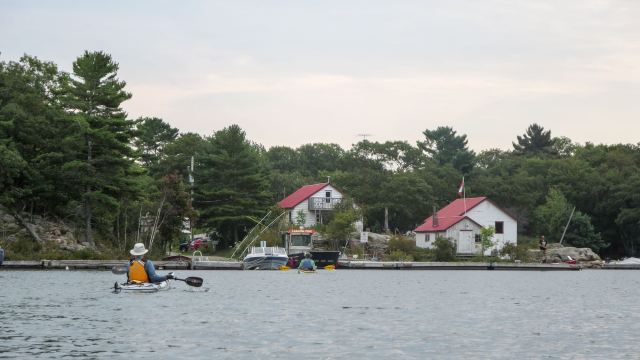 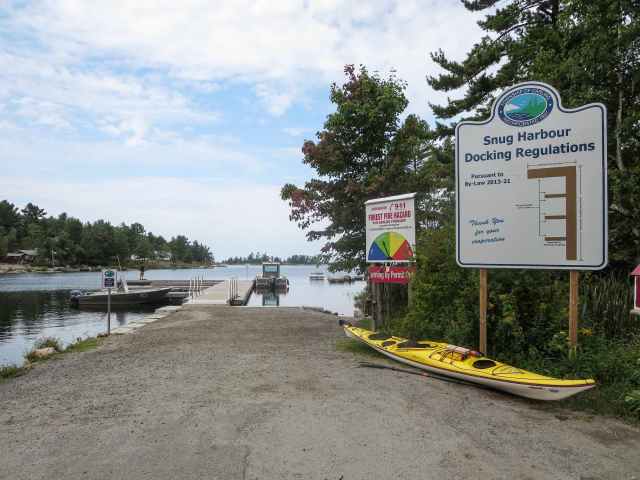 While Rick and Ken went off to get their cars from the Gilly’s Marina parking lot, I packed away all my stuff into the two duffel bags I had brought along.

A half-hour later the kayaks – two on Ken’s car top – were strapped down securely and we set off for White Squall Kayaking Center to return my rental kayak.

Snug Harbour To White Squall To the 400

White Squall is probably the single largest supplier of rental kayaks and canoes in the Georgian Bay area.  I rented one of their kayaks for a Minks & McCoys trip back in 1996 so it is great to see that twenty years later they are still there and by all appearances doing well.  They certainly have enough stock on hand. I should have taken a photo or two of their extensive kayak collection!

Note: As of June 2020 the White Squall Paddling Center on Cole Lake is no more, having shut down after 35 years of kayak and canoe rentals, shuttles, and last-minute gear and supplies.  The Parry Sound White Squall Store is still open.  See here for more info. 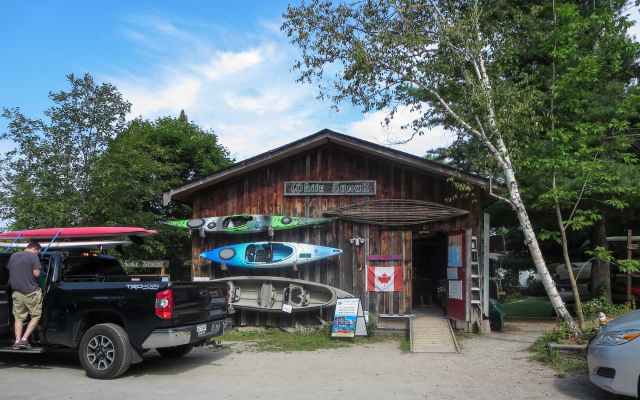 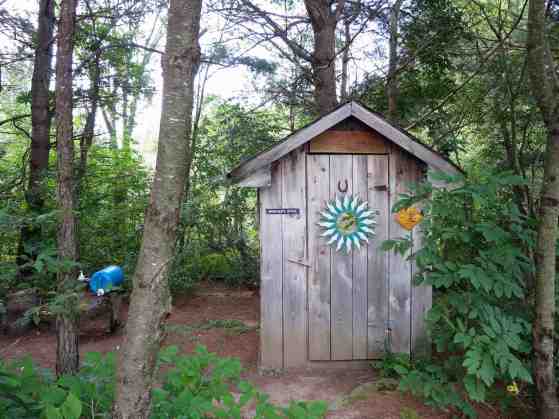 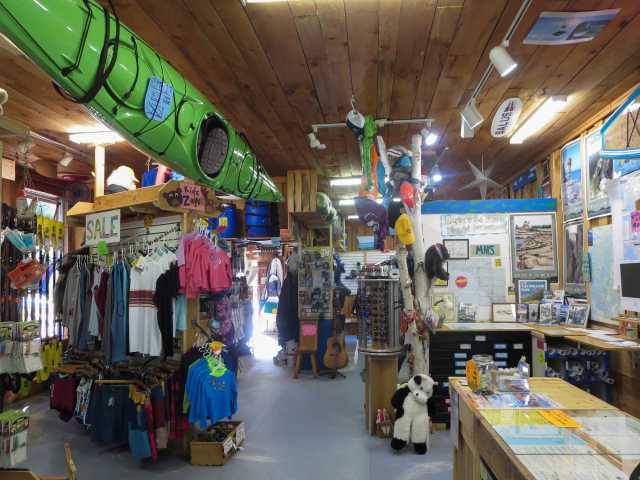 One evening we are sitting on an island rock on the edge of Georgian Bay; a 2 1/2 hour drive down the 400 and along the 401 and we are back in North America’s fifth-largest chunk of urban sprawl.

We in the GTA are so lucky to have what the north-east corner of Georgian Bay offers.  It is definitely a corner of Ontario worth getting to know.  And once experienced, by all accounts, it seems to be one that paddlers like my kayaking buddies Ken and Rick keep coming back to because of the countless different possibilities which the area’s share of those reputed 30,000 islands offer to keen paddlers.

In fact, this week my brother and I will sample in more depth one little slice of NE G’Bay. We are heading up to the French River Delta and the Bustards and have a week to explore some of the channels and outlets of the French River.  From my latest visit to the Weather Network website, it looks like we will get another serving of the great weather we had for this trip.